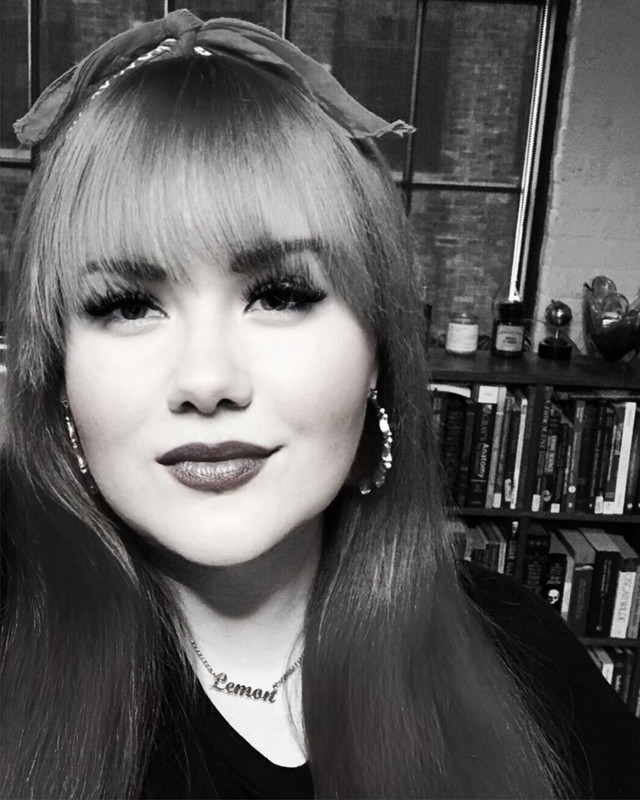 Can you say something about yourself? (Mainly focused on your filmmaker
side of life.)

Sure! I’m originally from Australia but am currently based in Wisconsin. I spent a number of years studying and working in LA, where Andrew Ginger/Likes Dogs was shot. I’m a queer filmmaker, and although my films don’t always center around queerness, I do tend to challenge norms and stereotypes relating to gender and sexuality in my work. As well as making more traditional narrative-type horror films, I’m an appropriated media artist. I focus more on satire, critique, and commentary in this medium. A common thread in my work is the examination of societal attitudes towards violence, and the way violent media is consumed, via different lenses; female, queer, genderqueer.

Your film has entered our Horror Film Awards. What is your film about?

Andrew Ginger/Likes Dogs is a queer horror film that follows a bored office worker (Amile) as he falls head over heels for a man (Andrew) he’s never met, seen, or spoken to. Amile becomes more focused on the affection he is projecting onto Andrew, than the realities of their relationship. Because of his infatuation, he misses a lot of red flags, and ends up in a vulnerable position with a stranger. The film is ultimately a modern fable about the delirium and disillusionment that can accompany dating in the digital age.

What are your ambitions with your project?

I wanted to break a lot of the norms we see in the horror genre. Often, we see that straight couples or romances are the default in horror films. Andrew Ginger/Likes Dogs is a story that centers around two queer men, played by queer actors. That was very important to me in the making of the film. Now that the film is completed, I really want to give people the opportunity to see the film. That’s my main ambition now. We have an in-person premiere coming up, and the only way to watch the film, at the moment, will be via festivals. I’m excited for people to see it. 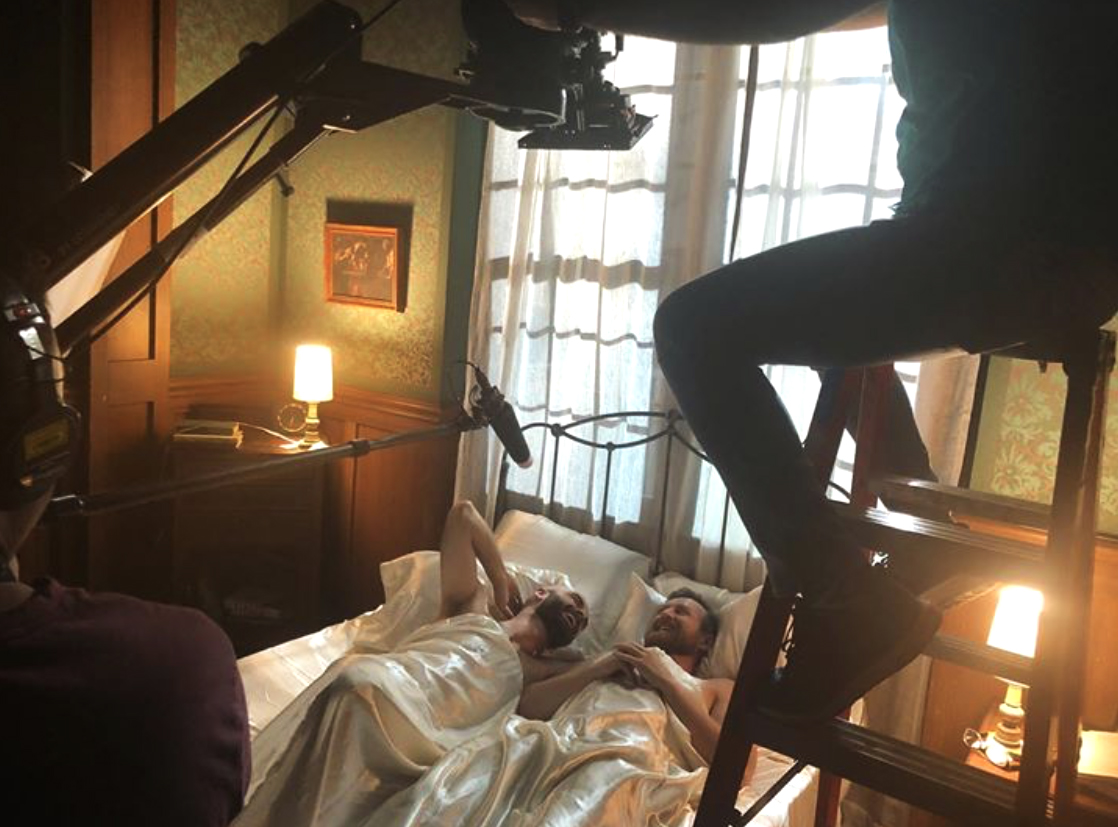 How was the shooting? What pleasantly surprised you?

Shooting was pretty stressful. From setup to breakdown, we had three eight-hour days to shoot everything. I was really proud of how much work my crew put in. We were a small but mighty force who coordinated well and worked as a cohesive team. My actors, Brent and Travis, were both a dream to direct and brought an amazing energy to the set. I’m pleasantly surprised we got a 12-page script shot in that tiny time frame.

For what target group is your film?

I’d like to think that Andrew Ginger/Likes Dogs is for anyone who likes horror films but I realize that queer horror is still somewhat a niche subgenre (although this is slowly changing). Fans of psychological and intellectual horror are likely to gravitate towards it. And I really hope that queer audiences like what we’ve achieved with this film. It is a queer horror film written, directed, produced, and designed by a queer filmmaker and three out of the four actors in the film are queer.

Why should distributors buy your film?

Queer horror needs to be elevated, and one of the ways to do this is to have distributors buy queer films and get them on platforms so that audiences can watch them. We need to see more diversity in the horror genre; more women directors and producers, more queer women creating horror content, more queer stories made by queer people with queer actors playing queer characters. We’re out here making films; we just need distributors to pick up our films and content.

How would you specify your work? What characterizes your film?

I make a lot of weird and absurdist leaning films, but I also make some pretty hard-hitting social commentary films as well. Andrew Ginger/Likes Dogs is a little softer than some of my work, which feels weird to say since it is quite creepy and violent. Aesthetically, and dialogue wise, it’s a softer film in comparison to a lot of my other work. I guess high concept meets violent critique could encompass a lot of my work, Andrew Ginger/Likes Dogs, in particular. It’s not always an easy sell, but this film contains a lot more in terms of representation, queer themes, and social commentary. 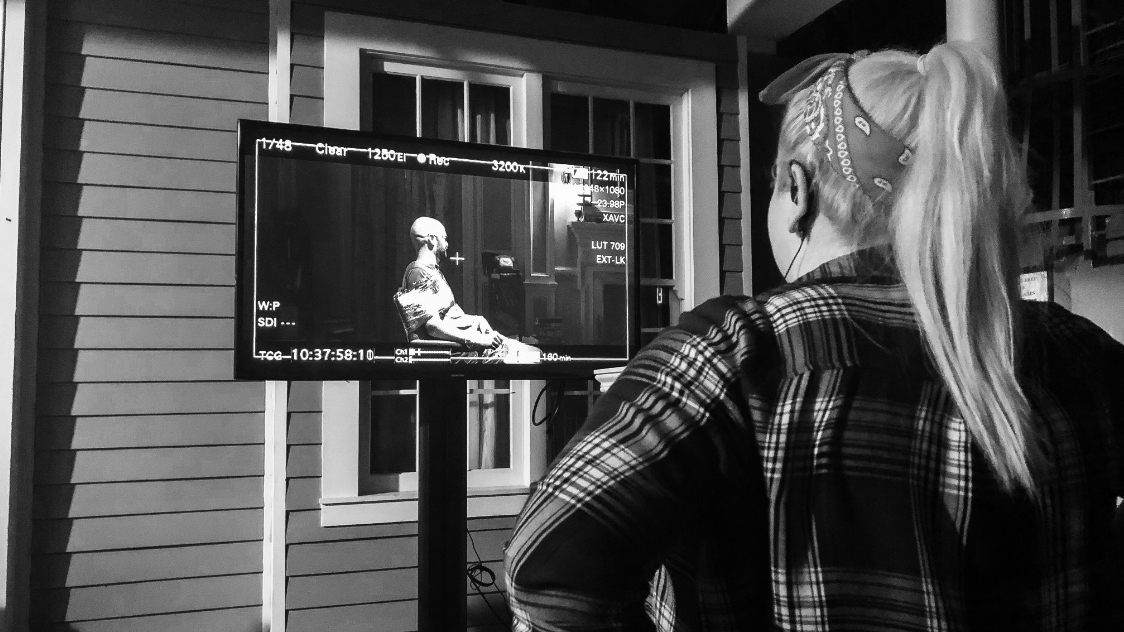 Why did you decide to become a filmmaker?

I’ve been around the film and television industry my entire life. The first thing I learnt how to do, workwise, was dress a set with my dad when I was around five years old. I think I secretly always wanted to make films, but I was more driven towards science-based education and jobs. I had been writing as a music journalist for a long time and had started writing more about film when I moved to LA. There sort of came a point where I thought, if I’m going to do this- it has to be now. Even when I started going to film school, I’m not sure I saw myself as a filmmaker. But every time there was the opportunity to make a film, I jumped on it. I’d been making films for about three years before I started referring to myself as a filmmaker. Now I can’t imagine doing anything else. I love the ability to express a point of view, to ask people to question existing beliefs and norms, and to be able to guide people’s emotions through storytelling.

Who is your greatest role model?

I’m not sure if I really have one. I have people who I admire and people who have supported me. It’s a lot of pressure to put onto another person to be a role model.

Kevin Smith had always been a filmmaker I admired. I saw a lot of feminist undertones in his work growing up that are still often overlooked. He was also incredibly kind to me the few times we crossed paths when I first moved to LA and was supportive of my writing before I made the switch to film. His reactions to my jokes and the pacing/structure of my writing gave me the confidence to see that I could move people with my words.

Soda Jerk, who are also Australian filmmakers based in the US, are two artists that I really look up to. They’ve been kind in supporting my film work. I would love to be able to put out the caliber of work that they do. They have a unique voice and impeccable artistry.

Which movies are your favorites? Why?

Oh, man… a lot of experimental shorts that most people have never heard of. I love 21-87 by Arthur Lipsett for the social commentary he is able to express using a mix of found footage and his own film. Sodom by Luther Price is an appropriated media piece that I find very beautiful for the way it challenges heteronormative views of film and pornography. It’s also disturbing in the way it is constructed, definitely not a film for the faint hearted, it is quite intense.

In mainstream film, I’m a big fan of Ari Aster’s work, particularly Midsommar. Aster creates very realistic and full female characters, who are primary characters, not just props or plot points for male characters. His films are also visually stunning and he works closely with his post sound crew to create these wonderfully immersive films. Midsommar is a female revenge film told in a very unique way. It speaks to me as both a filmmaker and an audience member.

Red State is an intelligent and impactful horror film. A lot of people don’t know it’s based on a real life interview a queer friend of Kevin Smith’s conducted with Fred Phelps. It’s a well-crafted film that still fills me with dread to watch.

Heathers is an all-time favorite. I’ve probably seen it close to 100 times by now. I’m pretty sure I wore out the VHS copy at my local video store when I was a kid. It’s a really cool film, but it is also a feminist film. I think a lot of my influence comes from 80s films with strong female characters that were sick of the status quo or toxic systems and then just end up doing their own thing. 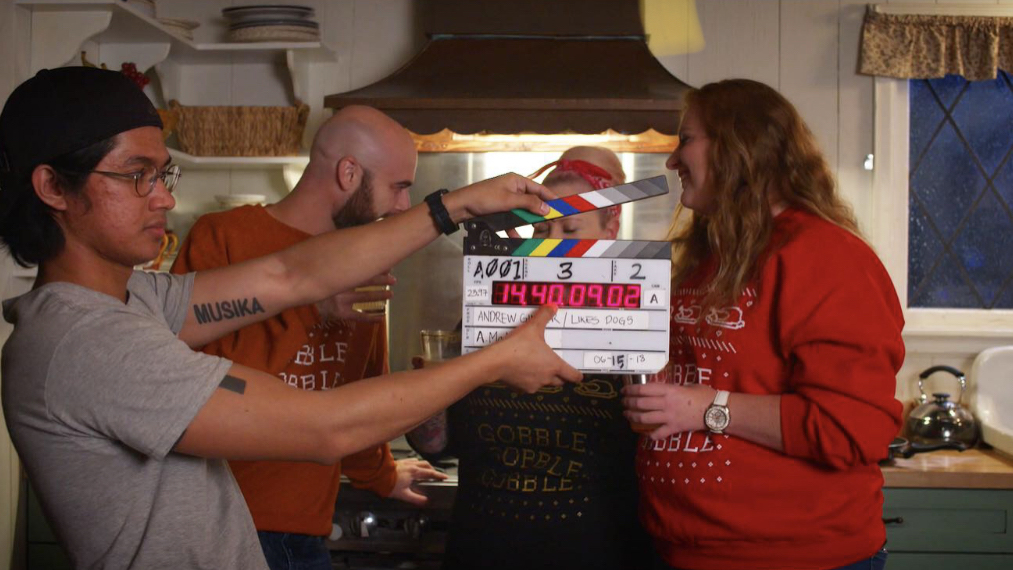 Where do you look for inspiration for your films?

Definitely in all the films and artists I mentioned in the last two questions. I find a lot of inspiration in Robert Mapplethorpe’s photography. Art and literature are a great source of inspiration in general. The paintings of Artemisia Gentileschi. Writers such as Luce Irigaray, Oyinkan Braithwaite, and Ottessa Moshfegh. David Bowie… I’ll take inspiration from anywhere and everywhere.

Which topics interest you the most?

The ways in which we, as a culture, consume violence in media. Whether that be in fictional forms or in real life events. I’m also interested in examining and challenging social attitudes with regard to gender and sexuality. Feminist film theory has always been interesting to me. Telling horror stories in unique ways and finding genuine ways to deviate from the norm are also important to me.

What incites you about a horror genre?

I’ve loved horror since I was a kid, be it short stories or films. I love the lighting and color palettes that are common to this genre. Horror has a unique ability to provoke a vast array of emotions, and I’m really excited when I see a horror film that utilizes this to its full potential. I also really like horror that carries a social message or breaks some of the usual horror tropes. There’s a lot of really cool stuff happening within the contemporary horror genre. It’s a genre that’s capable of expansion.

What do you consider your greatest achievement?

Every film I make is an achievement. Some require more blood, sweat, and tears than others. Andrew Ginger/Likes Dogs took a really long time to get through post. The edit was tricky and I was adamant about getting the sound and composing right. My composer and sound designer deserves a lot of the credit for that.

I’ve won a Best Film award and a Best Editing award, I’ve been nominated for my writing and overall filmmaking, which has been pretty great. I received a scholarship for my film work at university which has also been validating.

Honestly, and this is going to sound corny, but seeing people enjoy and connect with my films has been, and continues to be, my favorite achievement. 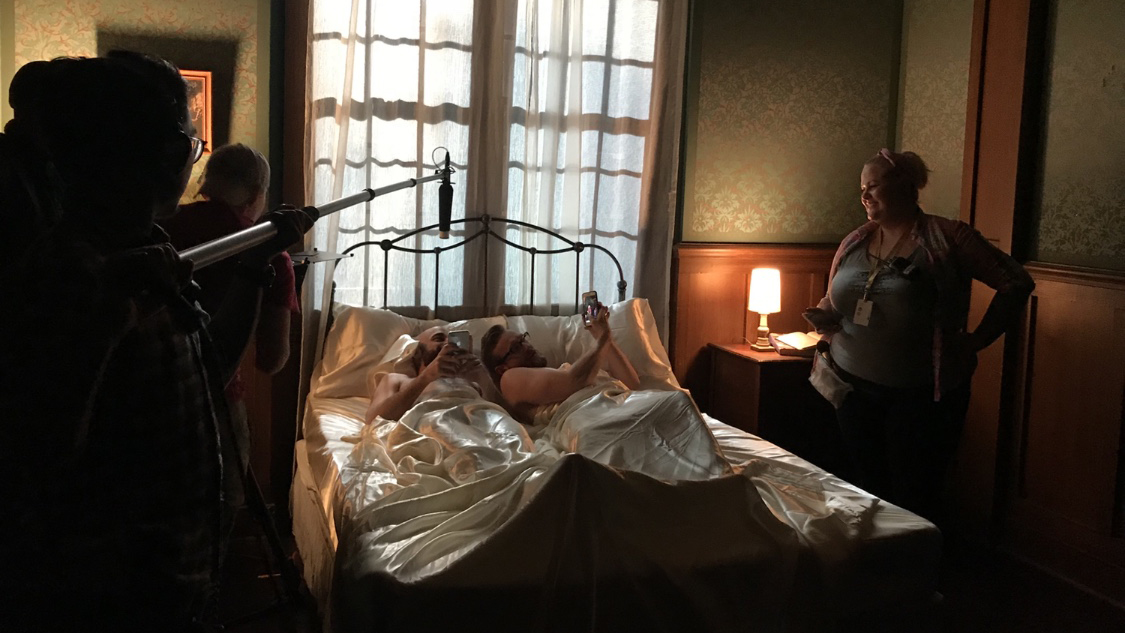